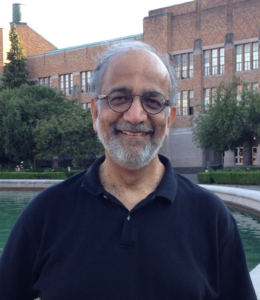 Akhil B. Vaidya is the Director of the Center for Molecular Parasitology at Drexel University College of Medicine. His early work involved studies on retroviruses and breast cancer. Since the 1980s, however, his lab has focused on molecular biology of malaria parasites. Vaidya discovered the unusual mitochondrial DNA of malaria parasites, a finding that led to a fundamental shift in our understanding of the evolutionary origins of apicomplexan parasites. His research involves explorations of mitochondrial functions in malaria parasites with a view to find antimalarial drugs, and understand their mode of action and resistance. Vaidya led a team that discovered new antimalarial compounds that disrupt sodium and lipid homeostasis in parasites.  This work is providing insights into parasite physiology pointing to mechanisms that result in rapid parasite clearance in malaria patients.