Thank you to these dedicated volunteers! 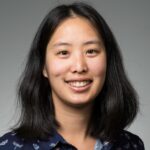 Nancy Chen (she/her) is an Assistant Professor in the Department of Biology at the University of Rochester. Her lab studies the evolution of natural populations over short timescales. Their goal is to understand the contributions of different evolutionary forces in shaping patterns of variation across the genome through space and time and to link genetic variation to variation in individual phenotypes, fitness, and, eventually, population dynamics. Her lab approaches these questions by combining evolutionary genomics with extensive pedigree and phenotypic data from long-term field demographic studies. 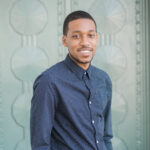 Lorin Crawford is a Senior Researcher at Microsoft Research New England and the RGSS Assistant Professor of Biostatistics at Brown University. His lab develops scalable machine learning algorithms that uncover how non-additive genetic variation affects the architecture of complex traits and contributes to disease etiology. As a group, they look to provide innovative tools that better address key computational hurdles faced when analyzing and dissecting genotypic and phenotypic variation. 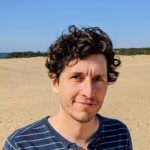 Rafael Guerrero is an Assistant Professor at North Carolina State University. His group uses a combination of computational approaches and genomic data analyses to understand the interacting evolutionary forces that shape diversity in nature. Current projects in the lab include testing hypotheses of sex-chromosome evolution in plants, exploring the effect of network topology on the accumulation of hybrid incompatibilities, and the development of computational resources for the analysis of chromosomal rearrangements. 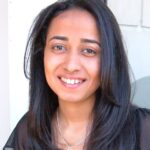 Priya Moorjani is a population geneticist. She uses population genetics theory, large-scale data analysis, and statistical modeling to study human history, evolution, and disease. A central goal of our research is to understand evolutionary history and its impact on human adaptation and disease. To this end, we use genetic data from ancient specimens and present-day individuals to study the processes that have shaped genetic variation (mutation and recombination), reconstruct evolutionary events (selection, founder events, and admixtures), and identify key genetic variants related to adaptation and disease in humans and other species. 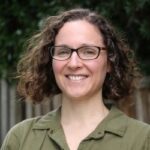 Rori Rohlfs is an Assistant Professor of Biology at San Francisco State University. Her lab studies how genetic variation and subsequent molecular mechanisms contribute to diversity within and between species, as well as the social impacts of technologies based on genetic variation. This manifests as three lines of research: 1) investigating the reliability and impact of forensic genetic technologies; 2) applying statistical models to study the evolution of genome regulation; and 3) clarifying how systems of oppression influence science and attempting to improve social justice within science.

Daniel Runcie is an Assistant Professor in the Department of Plant Sciences at the University of California Davis. Projects in his lab span the range from wildflowers to crops and from gene expression to field-level physiology. Their central goal is to develop and apply methods to dissect genetic mechanisms that underlie the adaptations of plants to the variation in their environments.