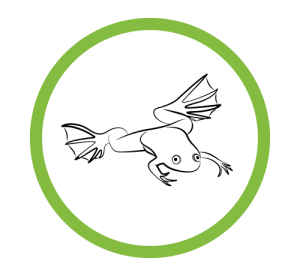 Meet face-to-face with the Xenopus research community at TAGC 2020! The meeting’s unique format offers multiple opportunities for you to share your work, learn about the latest research and tools, build community, and recruit newcomers to the field. Catch up with colleagues at the opening night Xenopus mixer and at designated community meeting spots throughout the meeting. We’ll make it easy to spot Xenopus people and posters via signage and badges.

TAGC is likely to be 2020’s largest gathering of Xenopus researchers in North America. Be sure to submit by December 13, 2019 to be considered for a talk in either the Xenopus Sessions or the Thematic Sessions.

The conference hashtag is #TAGC20. Use the #Xenopus20 community-specific hashtag alongside #TAGC20 to allow everyone to follow along!

If you submit an abstract, it will be reviewed and scheduled in one of three types of sessions:

Poster and Thematic Sessions will feature research from all communities, while Xenopus Community Sessions will be dedicated to research on Xenopus species.

When it comes to attending talks, you won’t be forced to choose between Xenopus and your favorite topic; Community Sessions and Thematic Sessions are held at different times, so there will be no need to miss out.

The International Xenopus Board (IXB) Young Investigator Award recognizes an outstanding junior faculty member from any country who has made significant scientific achievements using Xenopus as a model.  Awardees will be recognized at the International Xenopus Conference in Portsmouth, UK (August 23–27, 2020) where they will present an award lecture. Awardees also will receive funds from the IXB toward travel to the meeting.

Nominations for the Young Investigator Award should be submitted to the IXB at Xenopus@Xenopus.org.

Submit the application in a single PDF file that includes:

Nominations must be received by June 30th, 2019