Apical extracellular matrices (aECMs) line apical surfaces, like tube lumens and the epidermis. aECMs are rich in Zona Pellucida domain (ZP) proteins, whose dysfunction is associated with human diseases. However, how ZP proteins assemble in the aECM is unclear. We found that one C. elegans ZP protein, LET-653, shapes several tubes, including the vulva, a large multicellular lumen whose size enables aECM visualization. We are using LET-653 to study how ZP proteins incorporate in the aECM.

To define LET-653 aECM localization, we used CRISPR to tag endogenous LET-653 with Superfolder GFP (SfGFP). LET-653::SfGFP localized transiently to a matrix layer lining the apical membrane via its ZP domain. To determine how the LET-653 ZP domain is recruited to its membrane matrix layer, we performed structure-function analysis. ZP domains consist of two subdomains, ZPn and ZPc. In vitro studies suggest that ZPn domains polymerize to form fibrils, but roles for ZPc domains remain unclear. Surprisingly, the LET-653 ZPc domain was both necessary and sufficient to rescue let-653 lethal tube defects and to form a stable, but transient, aECM layer along the apical membrane. This is the first report of a ZPc domain with ZPn-independent functions.

To probe LET-653 ZPc domain regulation, we tested if it requires C-terminal cleavage by mutating the cleavage site. ZP proteins are generally cleaved at the C-terminus in a reaction that is thought to relieve inhibitory ZPn-ZPc interactions. Mutating the LET-653 cleavage site when the ZPn domain was present prevented both ZPc aECM localization and function. In contrast, when the ZPn domain was absent, mutating the cleavage site did not impact ZPc aECM localization but did prevent its function. We propose a two-step model for LET-653 ZPc domain matrix assembly: first, cleavage removes ZPn inhibition of the ZPc to enable membrane recruitment by a partner; second, the ZPc domain changes conformation to allow function. This work offers novel insights into aECM assembly of ZP proteins.

Oxidation is a hallmark of many age-dependent diseases. Cells prevent and repair oxidative damage using many conserved mechanisms, but the extent to which these cellular responses are coordinated in multicellular organisms remains poorly understood. Here, we show that in the nematode Caenorhabditis elegans these cellular responses are coordinated by a single pair of thermosensory neurons. This regulatory system enables C. elegans to adjust its cellular oxidant defenses in response to the neuronal memory of previous temperature experience.

We found that genetic ablation of the AFD thermosensory neurons in C. elegans results in a three-fold extension in survival to lethal doses of the oxidant tert-butyl hydroperoxide; however, loss of thermosensory cGMP signaling within AFD and loss of many neuropeptides expressed in AFD does not alter survival at constant temperature conditions. As AFD is responsible for storing memory of previous temperature experience, we hypothesized that loss of AFD and therefore loss of this temperature memory would cause animals to chronically perceive all ambient temperatures as warm and preemptively induce oxidant defenses in target tissues. To address this possibility, we measured survival of animals under oxidative stress at 20°C with a warm (25°C) temperature history compared to that of animals with a chronically cool (20°C) temperature history. Warm temperature history extends survival by two-fold. Loss of cGMP signaling via GCY-8 within AFD abrogates this extension in survival. Furthermore, the effects on oxidant survival of both genetic ablation of AFD and warm temperature history are both dependent upon the action of DAF-16/FoxO and SKN-1/Nrf transcription factors in target tissues. Coordination of these transcriptional responses by AFD appears to require the action of CRH-1, the nematode homolog of CREB involved in memory formation.

Finally, we hypothesized that this regulatory system could be used by the nematodes in order to predict potential encounters with pathogens —that are the main source of exogenous oxidants— at different temperatures. Consistent with this view, worms with a genetic ablation of the AFD neurons show a three-fold extension in survival to killing by the pathogen Enterococcus faecalis.

We propose that similar sensory mechanisms may coordinate cellular oxidant responses in humans and may provide new approaches to combat age-related diseases.

RhoGAP RGA-8 supports morphogenesis in C. elegans by polarizing epithelia through CDC-42 (1426A)

CDC-42 regulation of non-muscle myosin/ NMY-2 is required for polarity maintenance in the one-cell embryo of C. elegans. CDC-42 and NMY-2 regulate polarity throughout embryogenesis, but their contribution to later events of morphogenesis are less understood. We have shown that epidermal enclosure requires the GTPase CED-10/Rac1 and WAVE/Scar complex, its effector, to promote protrusions that drive enclosure through the branch actin regulator Arp2/3. Our analysis here of RGA-8, a homolog of SH3BP1/Rich1/ARHGAP17/Nadrin, with BAR and RhoGAP motifs, suggests it regulates CDC-42, so that NMY-2 promotes two events of epidermal morphogenesis: ventral enclosure and elongation. Genetic and molecular data suggest RGA-8 regulates CDC-42, and the CDC-42 effectors WSP-1 and MRCK-1, in parallel to F-BAR proteins TOCA-1 and TOCA-2. The RGA-8-CDC-42-WSP-1 pathway enriches myosin in migrating epidermal cells during ventral enclosure. We propose TOCA proteins and RGA-8 use BAR domains to localize and regenerate CDC-42 activity, thus regulating F-actin levels, through the branched actin regulator WSP-1, and myosin polarity through the myosin kinase MRCK-1. Regulated CDC-42 thus polarizes epithelia, to control cell migrations and cell shape changes of embryonic morphogenesis.

Apical extracellular matrices (aECMs) are lipid and glyco-protein-rich layered structures that carry out diverse yet enigmatic functions during development, one of which is to shape the lumens of biological tubes. For example, a glycocalyx shapes and protects capillaries in the vascular system, and lung surfactant helps keep narrow airways open. The structure and assembly of such aECMs are poorly understood in part due to difficulties in imaging them in most in vivo settings. We are using the C. elegans vulva tube to understand the composition, assembly and functions of a glycocalyx-like aECM that precedes cuticle secretion and shapes many C. elegans epithelia. This aECM contains chondroitin proteoglycans, Zona Pellucida (ZP) domain proteins, and various other glycoproteins and lipid transporters related to those in mammals. The vulva lumen is relatively large and allows extraordinary resolution of aECM structures.

Our approach is three-fold: to tag endogenous aECM components with fluorophores to visualize the matrix in live animals; to use high pressure freezing and freeze substitution for transmission electron microscopy to visualize matrix ultrastructure; and to use genetic approaches to remove specific aECM components and test effects on aECM structure and tube shape. Our results reveal a complex, dynamic vulva aECM that fills the entire lumen and contains at least three distinct gel-like layers. These layers are punctuated by a meshwork of several fibrillar components, some of which run along specific vulval cells, while others are centrally located within the lumen. We also see evidence for a variety of potentially matrix-secreting intracellular vesicles as well as extracellular vesicles within the matrix. Finally, mutant analyses suggest that the current “sponge model” for vulva lumen expansion by chondroitin proteoglycans is inadequate to explain the changes observed after depletion of chondroitin and other aECM factors. Instead, we propose that chondroitin proteoglycans have both lumen expanding and lumen constraining activities related to their roles as building blocks within a complex matrix scaffold. 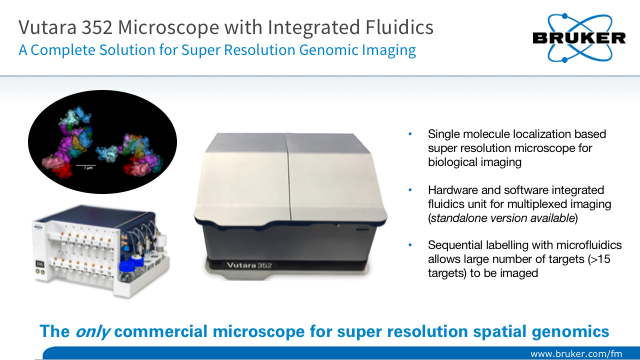