This workshop provides attendees with important and useful information related to applying for research funding in the United States and internationally. Attendees will hear from funding agency representatives and have a chance to ask questions in a friendly, low-stress environment. 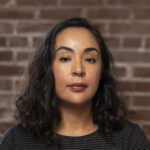 Adelita Mendoza
Adelita Mendoza received her PhD from Northwestern University in 2017 where she studied the role of zinc in meiotic progression in C. elegans in the O’Halloran, Woodruff, and Wignall labs. She is currently a Post-Doctoral Research Scholar at Washington University in St. Louis, Missouri in the Kornfeld and Diwan labs. Her research focuses on zinc metabolism and trafficking, and zinc-dependent lysosomal restructuring in C. elegans and human model systems. Adelita is a former GSA Early Career Leadership Program scholar, a strong DEIA advocate, and was recently awarded the NIH K99/R00 MOSAIC award. 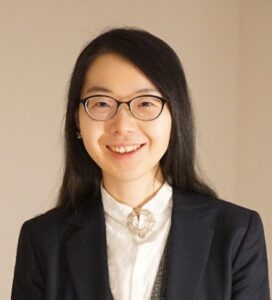 Arisu Wada was born in Osaka and raised in Yokohama, Japan. After studying Latin and Classical Greek, she received B. A. and M. A. at the University of Tokyo.

She began her career as an administrative staff at Japan Society for the Promotion of Science (JSPS) headquarters in Tokyo in 2011. Most of her past job responsibilities were related to the JSPS’s international policy and programs. She has been the Deputy Director of the JSPS’s overseas office in Washington, D.C. since October 2022.

JSPS Washington Office holds scientific symposia with various topics and information sessions about JSPS programs. Also, JSPS supports the current and past JSPS research fellows including the US and Canada JSPS Alumni Association to expand international networks among scientists. 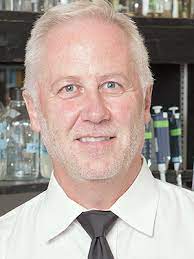 His research is broad in interest ranging from basic biochemistry and cell biology, to genomics to determine causal genes for human genetic diseases and their amelioration, to ethical and policy considerations as human genomics is being transitioned toward clinical diagnosis and care. McMaster has identified several human genes and their functions, including many associated with inherited human disease. His work on therapeutics has resulted in a potential therapy for congenital sideroblastic anemia, and has lead compounds undergoing development for the treatment of the inherited blinding disorder familial exudative vitreoretinopathy and a form of muscular dystrophy.

In 2006, McMaster co-founded DeNovaMed Inc, a Halifax based biotechnology company focused on bringing new medicines to the clinic/market to treat drug resistant bacteria—the so-called superbugs. DeNovaMed has candidate compounds for both Gram negative and positive bacteria that are in the pre-IND approval process stage. 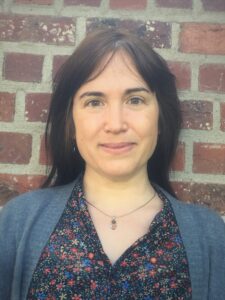 Janka Mátrai is a scientific officer at the Executive Agency of the European Research Council (ERCEA), Life Sciences Unit, panels LS2 and LS5, Integrative Biology: From Genes and Genomes to Systems; and Neuroscience and Disorders of the Nervous System, respectively. Janka’s responsibilities cover the whole life cycle of the grant application, evaluation and follow-up process. She is involved in the widening participation program aiming at closing the performance gap between the EU13 countries and the rest of the EU. Prior to this, she worked as a postdoctoral scientist in various fields and institutes, in the Institute for Reference Materials and Measurements–Joint Research Centre, in fundamental and translational medical research, gene therapy and regenerative medicine at the University of Leuven (KUL), Flemish Institute for Biotechnology (VIB) and the Free University of Brussels (VUB). Mátrai obtained a PhD in 2005 at the KUL in structural biochemistry, molecular modelling and drug design. She has earned several national and international fellowships, and prizes, and has co-authored two book chapters and several scientific publications. She is a member of the Association for Glycogen Storage Disease UK, and cofounder of the Belgian Club of Hungarian Scientists. 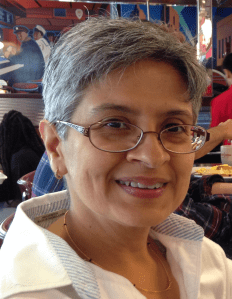 Dr. Manju Hingorani is a Program Director at the National Science Foundation where she leads the Genetic Mechanisms Cluster in the Division of Molecular and Cellular Biosciences. Prior to joining the NSF in 2018, Dr. Hingorani was a Professor in the Molecular Biology and Biochemistry department at Wesleyan University. She is a biochemist who investigates the structure-function properties and kinetic mechanisms of enzymes responsible for DNA replication and repair. At the NSF, Dr. Hingorani manages a portfolio that supports research on fundamental mechanisms involved in the organization, dynamics, processing, expression, regulation and evolution of genetic and epigenetic information in diverse model systems. She also works in the Enabling Discovery through GEnomics (EDGE) program. She currently lives in Alexandria, VA and Indianapolis, IN and enjoys rambles in both cities and surrounding regions.