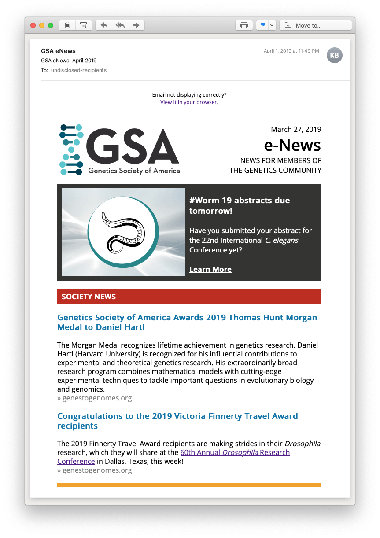 Read the latest GSA news on the blog.

In the Decoding Life series, we talk to geneticists with diverse career paths, tracing the many directions possible after research training. This series is brought to you by the GSA Early Career Scientist Career Development Subcommittee. Most people are advised to follow a strict trajectory in their career path to an academic research position: go […]

Over 90 percent of the genome of this pathogen threatening Australian ecosystems is made of transposable elements. Myrtle rust (Austropuccinia psidii) is a pathogenic fungus that has spread rapidly across the globe with devastating effects on local vegetation, including agricultural crops. It is extremely versatile, with over 480 known host species in the widespread myrtle […]